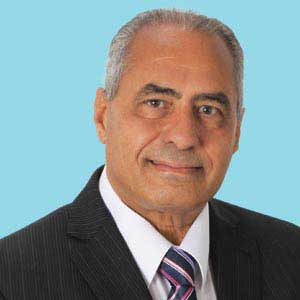 Dr. Magdy Hanna, CEO
Having worked with several fortune 500 companies and government organizations, Dr. Magdy Hanna, the CEO at Rommana Software, had the opportunity to examin etheir test processes and practices. One of the main challenges thathe has seen most (if not all of those) organizations face is the lack of consistent practices and the lack of discipline when project teams plan and conduct testing. While many test professionals do not realize that testing is a form of engineering, some even go as far as describing testing as an art which is counterproductive as art cannot have predictable outcomes.

In this context, Dr. Hanna mentions that although there are several test design techniques and methods available in the literature and in practice, “test design” it has ceased to exist as a phase of the test process at many companies. The introduction of Exploratory Testing practices in the mid to late 1990s, to a certain extent, caused test professionals to undermine the importance of the test design phase in the test process. “Again, many test professionals did not really understand Exploratory Testing practices and used them as a justification to wipe out the test design phase from the test process. One other reason for this lack of discipline and consistent practices is that software testing is taught as a discipline in only a few colleges and universities,” he adds.

That’s where Rommana Software comes in. The company has always treated testing as a disciplined, controlled process.It has borrowed all the techniques and methods taught through its sister company, International Institute for Software Testing,and implemented them into Rommana ALM. As a result, when test teams use the test design and planning component of Rommana ALM, they are guided throughout the process by those methodologies and practices. Hanna mentions that he often hearsmany customers saying that it is almost impossible to do a bad job using Rommana ALM.

Following is the conversation that CIO Applications had with Dr. Hanna to understand how Rommana ALM guides clients through a process so that they know what to do and when to do it. In addition, he also talks about how Rommana ALM prevents some commonly known poor practices and delivers methodologies guidance—which is one of the features that they are proud of when compared to other solution providers.

Please shed light on the Software Testing solution on thebasis of its methodology, features, and benefits involved

Most importantly, none of those tools addresses the design phase of the software testing cycle. They all focus only onmanaging test cases that were created. This omission of test design capabilities in tools caused the discipline of test design o disappear from practice in almost all projects, agile or not.As I always say, the quality of your released software is only as good as the designed tests. If we are not able to design good tests that expose real-life scenarios (that could be encountered in production), then most likely, the delivered software will not be capable of handling many scenarios whether they expectedor not. The real challenge in system development and testing is for the system to address every possible scenario that happens in production.

To this end, Rommana ALM test design and test management component adopts a scenario-based test development and testing methodology that focuses on scenarios that could possibly happen in production. The feedback from customers who used the methodology through Rommana ALM always pointed out two major benefits: major reduction in the number of bugs found in the released software and major increase in code coverage (the percentage of code tested by the test team). One of our customer who used the methodology with their business testing teams reported that they were able to reduce the number of open tickets(bugs) found by the team just before the release goes out to the customer by more than 70 percent.

Because of the proactive nature of the methodology in finding and discussing both expected and unexpected (abnormal)scenarios, it is considered one of the most effective ways to prevent defects from getting into the software.

Rommana ALM was architected to help project teams perform all tasks of a project through one integrated tool that uses one single information repository, one common user interface, and a set of methodologies

The major reduction in the number of bugs found in released software is not because those defects were found during the development of the system, but rather it is because many defects were prevented from getting into the system. Also, the major increase in code coverage is a result of the collaboration between the development team and the test team supported by them ethodology.

In addition to the test design and test management capabilities of Rommana ALM, the software also supports all other phases of the software development and testing lifecycle. This includes requirement management, user story management,project management, issue management, release management,change management, use case management, and collaboration management. Rommana ALM was architected to help project teams perform all tasks of a project through one integrated tool that uses one single information repository, one common user interface, and a set of methodologies. It does not make much sense anymore to use a tool that supports one or two phases of the system life cycle while leaving out the rest. The full integration is essential to allow project teams to perform complete traceability between different project entities and different tasks. For example,because of the full integration in Rommana ALM, one can trace bug reports back to the test cases that failed, to the scenario that failed, and ultimately to the requirement or the user story that was being performed.

A project manager can get complete reports on a specific feature of the system that includes code that was written to implement the feature, who wrote and how many hours it took to write it, what test cases were written, executed, passed, failed,etc.

What differentiates RommanaSoftware from other vendors?

The comprehensiveness of coverage of all product lifecycle management activities in one set of tools is a big attraction to many companies. They no longer need to buy several tools from different vendors and hope that those tools can talk to each other.Rommana ALM can easily replace a number of tools for a muchl ower price and much less infrastructure support, which translates to big savings for companies.

What does the future hold for your organization?

In the coming years, we will continue to expand our capabilities for supporting medical device development and testing. In addition, our API will be published soon to allow other tools to integrate with Rommana ALM 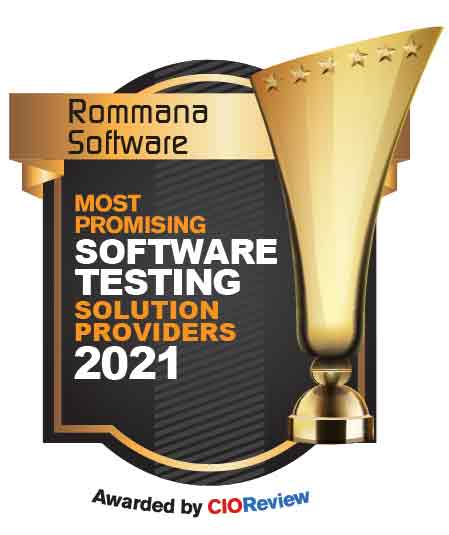 Description
The company has always treated testing as a disciplined, controlled process. It has borrowed all the techniques and methods taught through its sister company, International Institute for Software Testing, and implemented them into Rommana ALM. As a result, when test teams use the test design and planning component of Rommana ALM, they are guided throughout the process by those methodologies and practices. Hanna mentions that he often hears many customers saying that it is almost impossible to do a bad job using Rommana ALM. 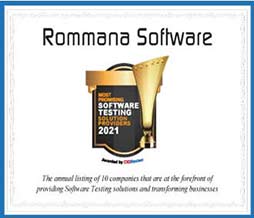 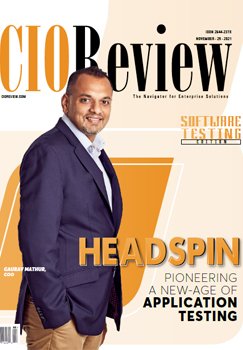