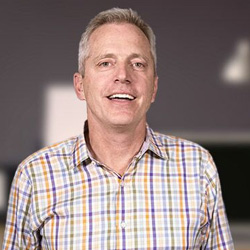 Doug McNary, CEO
Software testing is a vital part of the systems development life cycle. However, it is burdened with number of constraints that puts CIOs into critical situations. With ever growing change across several sectors, testing of software is still conducted through manual ways at some places. This in turn consumes more time and incurs skyrocketing costs that delays the delivery of product to consumers. Automating the complete process of testing is a key to resolve this issue. SmartBear is one such firm that offers the automation solution through which it helps the software teams to develop quality applicaitons. The company provides platforms for collaborative development, functional testing, performance testing, and performance monitoring across Application Program Interface (APIs), mobile, web, and desktop.

Headquartered in Somerville, MA, SmartBear emphasizes on quality across the process of software testing. “Conceptualizing and producing software within the timeframe is a challenging task for developers. But automation of the testing sequences makes it possible to roll out the software in short span of time,” states Doug McNary, CEO, SmartBear. This is possible through SmartBear’s TestComplete solution that automates the testing cycle across desktop, mobile, and web applications. TestComplete exhibits multiple features that maintain the right balance between speed of testing and product quality. The desktop version of TestComplete provides support for creating robust automated tests across a variety of desktop applications. TestComplete Mobile automates testing of native, web, and hybrid mobile applications. “It supports testing on real world devices as well as emulators,” asserts McNary. The web version of TestComplete automates the Graphical User Interface (GUI) and functional tests for websites, web apps, and mobile web applications.

Likewise, to reduce the time taken to perform repeated steps in software tests, SmartBear provides QAComplete. This tool helps software testers and quality analysis professionals to concentrate on key functions and helps them discover potential defects in a product.
“It also improves collaboration across various stakeholders, including developers, and testers,” notes McNary. SmartBear’s LoadComplete addresses the loads and spikes present in web and mobile applications. Whether on cloud or on premise, this solution generates load tests from anywhere and monitors the application in real time for performance issues.

“Over two million developers and quality assurance testers use our software testing tools to streamline the testing process,” says McNary. SmartBear’s customers range from single-seat installations at small companies to 1,000-seat installations at some of the largest private and public organizations in the world. Several companies have gained immense benefits and value by implementing SmartBear’s testing solutions. For instance, a major company involved in project management, engineering, and construction wanted to eliminate manual testing of large applications and rationalize regression testing. The client approached SmartBear to resolve this issue in carrying out effortless testing functions. “We offered TestComplete to automate the entire testing process,’ says McNary. The customer executed the testing function in a seamless fashion and reduced regression testing by 300 percent. As a result, the client was able to deploy applications faster without any delay.

With offices at Boston, Galway, Austin, Stockholm, and Tula, SmartBear is stretching its service to massive number of customers. “We are now focused on developing new products and adding more features to our current offerings. This will make us more prudent and active among our competitors,” concludes McNary.

Description
Helps software teams create apps and APIs by ensuring quality throughout every step of the lifecycle. 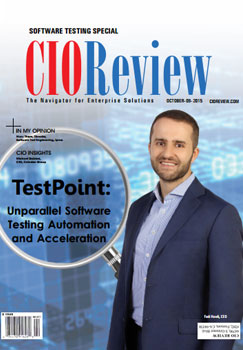