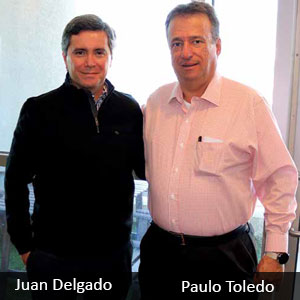 Juan Delgado, Managing Partner, U.S and Paulo Toledo, Founder & CEO
Despite the introduction of various tools, methodologies, and best practices in software testing, most businesses still have a largely misconceived notion surrounding testing. For one, they assume that in-house testing conducted post the software development will suffice; however, this doesn’t cut the mustard as these testers look for “elements that work” in the software. Whereas, a third-party tester is someone who scouts for loopholes and basically, “elements that do not work,” and observes how the software reacts to it.

According to Paulo Toledo, founder and CEO of BRISA, techniques, tools, and the experience needed for software development are completely different from the ones used in software testing. When it comes to internal software testing, a team requires dedicated software testing specialists which very few organizations have.

BRISA is a Florida-based advanced software testing service provider of IT and telecommunications especially for mobile devices, software development, and custom solutions. “Our vision is to be widely recognized as the easiest-to-hire, fastest-to-deliver and best cost-effective company for software testing and software testing automation,” says Toledo.

Established in 1988, the organization has been into testing for fifteen years and has an extensive portfolio of customers from industries like telecommunications, consumer electronics, commercial appliances, etc. Driven by an elite team of over 270 qualified assessment engineers with ISTQB certification, BRISA has executed ten million test cases on all platforms over four languages in 30 countries.

There are many software companies that are unable to hire testing services, pay by the hour, and lack a clear vision of the final costs incurred. BRISA has worked on simplifying the hiring process to empower clients with complete control over the testing budgets. The organization offers functional, non-functional tests, and also test automation to assess current operational software, those that have recently been published, and also the ones under development.
“Software testing through automation requires in-depth programming and is quite distinct from development, and our team encompasses the expertise to address the problem,” says Juan Delgado, managing partner, BRISA U.S.

While many software vendors in the market offer labor-intensive software testing, BRISA’s approach is more inclined toward technology and knowledge of their staff. The organization has developed a unique methodology to deliver comprehensive testing results for clients on a daily basis during the testing campaigns. Termed as Software Flash Testing that breaks down the testing activities, their approach helps clients save money as they do not have to undergo further tests after getting results.

BRISA’s commitment to constantly support developers and businesses has resulted in an increased number of clients and 25 percent growth in income for testing services. The organization has recently been accepted in the Soft Landing-Program of the University of Central Florida and is working toward establishing a strong base for growth in the country. A key focus for BRISA in 2019 is allocating resources to serve more customers in Europe. 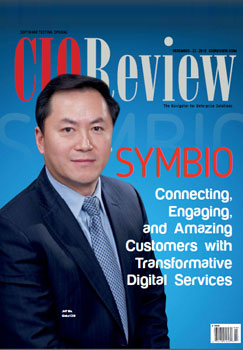